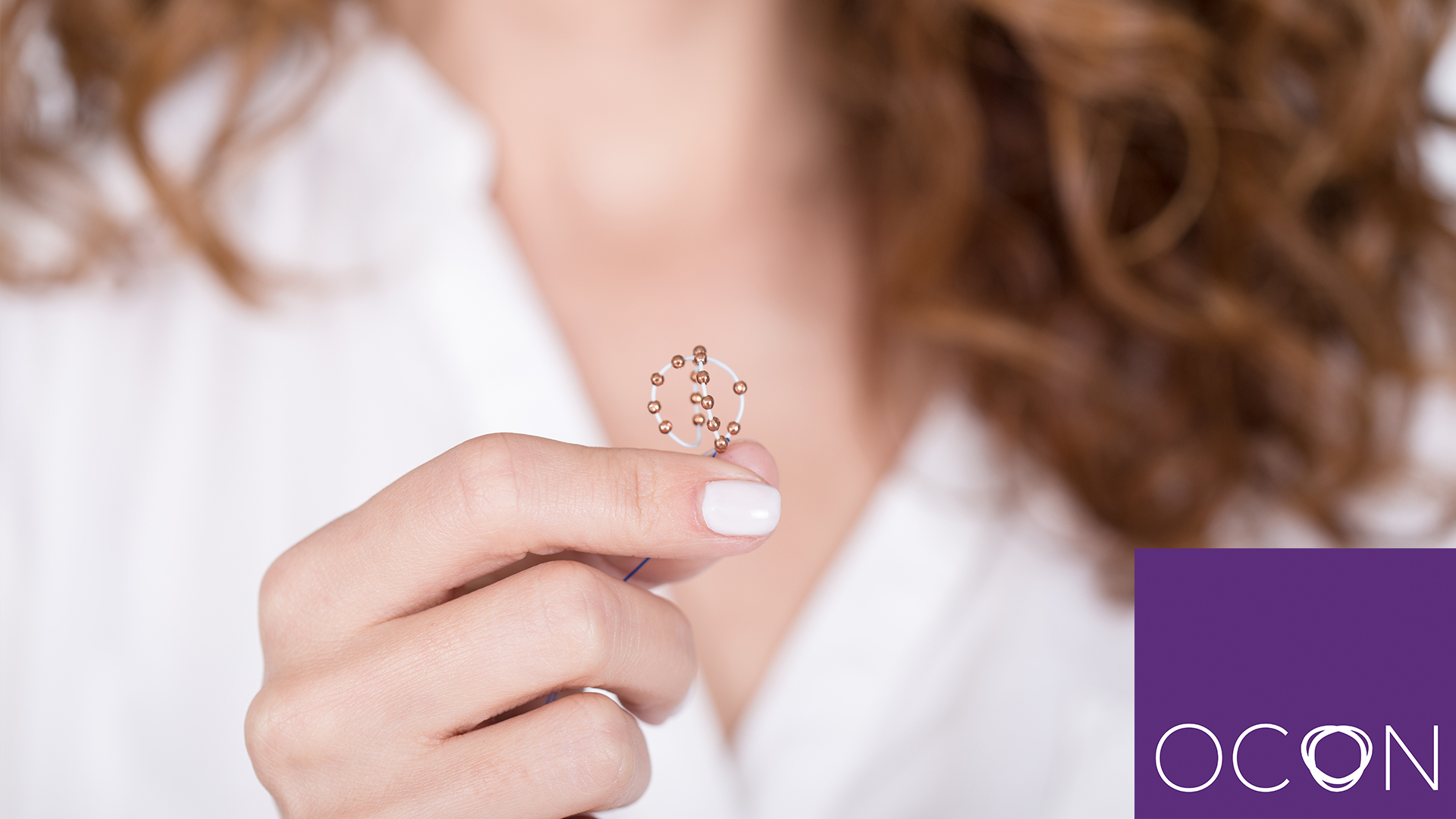 OCON Healthcare is a FemHealth revolution that created the world’s first and only three-dimensional (3D) spherical intrauterine drug-delivery technology addressing a myriad of women’s health issues through the uterus, avoiding systemic side effects from taking oral formulations. The company’s platform technology, namely IUB™(IntraUterine Ball) is made from a super-elastic spherical high-tech frame that can retain its shape and is an ideal drug-delivery platform to the uterus to treat various health conditions such as abnormal uterine bleeding, endometriosis, fibroids/myomas, contraception, menopause and more. The female led company develops, manufactures, and globally commercializes women-centric therapies that are designed based on its proprietary IUB™ platform that is ideally shaped for the female anatomy and delivers treatments to the target tissue without systemic absorption. OCON’s flagship product is the IUB™ Ballerine®, a hormone-free, small, 3D, and flexible birth control LARC (long acting reversible contraception) device. Traditional T-shaped IUDs were created with the notion that the uterus is a flat triangle in which a T-shape would be a desirable fit. In reality, the uterus is a 3D cavity that undergoes constant contractions and movements. Understanding this and the myriad of issues women face with conventional T-shaped IUDs, leading them to discontinue their use, led OCON to create the IUB™ Ballerine® to be spherical and small (only 15 mm in diameter) designed to easily adapt and position itself in line with the uterus’s contractions and movements. This ‘smart’ personalization minimizes the typical risks of damage and irritation in the uterus associated with conventional T-shaped devices. The most distinguishing features of the IUB™ Ballerine® are its small 3D shape, which is nearly one-third to half the size of traditional IUDs, and its safer, less invasive insertion, positioning, and removal. Similar to T-shaped IUDs, the IUB™ Ballerine® has an efficiency rate of over 99% in pregnancy prevention however demonstrates an improved safety profile leading to fewer perforations, malposition and ectopic pregnancies. The IUB™ Ballerine® has already been adopted globally in over 110,000 diverse women in 30 markets. The remarkably high adoption rate of the IUB™ Ballerine® provides a significant validation of its platform and future products to continue to create high customer satisfaction levels highlighting the success of OCON’s innovation for the femtech space. OCON’s next pipeline innovation is the IUB™ SEAD™ (Spherical Endometrial Ablation Device), a non-hormonal once-and-done treatment for women suffering from heavy menstrual bleeding and/or abnormal uterine bleeding. Women are disproportionately more often burdened by chronic condi¬tions – Abnormal Uterine Bleeding, Endometriosis, Myomas/Fibroids are a few examples. Heavy menstrual bleeding is a global problem that affects one out of four to five women.

Abnormal Uterine Bleeding is the 4th most reason for an OBGYN visit. >40% of women suffer from depression due to heavy periods. Sadly, large health inequities among women remain. Current outdated technologies impact the health economics of entire societies, marital qualities of partnerships, family planning and productivity in the workforce. Today, traditional contraception that are often also used as therapies for heavy menstrual bleeding (HMB) and abnormal uterine bleeding (AUB) are mainly hormonal and often oral, causing long-term systemic side effects and 2nd line techniques for HMB & AUB called Global Endometrial Ablation are invasive (up to 25% failure leading to Hysterectomies), costly, and not applicable (e.g. uterus shape/size variations) and/or not accessible to all women. Low to mid income territories often revert to Hysterectomy as a treatment for heavy menstrual bleeding due to lack of access and feasibility of less invasive treatments. Surgery for removal of the womb (hysterectomy) is one of the most frequently performed types of surgery but should not be used as a first-line treatment solely for heavy menstrual bleeding. The time is right to intro¬duce new technologies and new approaches that would allow essentially all women in need to get a solution that fits their anatomy, away from systemic side effects, and have procedures performed in a cheaper, faster and uncomplicated way in their community and save their uterus from being removed pre-maturely. OCON’s SEAD™ is expected to be an in-office, non-invasive, effective and almost pain-free solution that reduces bleeding and improves the quality of life for women. OCON is developing a strong pipeline of women’s health therapies with the Ballerine® already commercialized in 30 markets and the SEAD™ in Phase IIb clinical studies already improving women’s wellbeing by reducing their heavy menstruation. Additionally, OCON is working on additional pipeline products to target endometriosis and myomas with the mission to improve women’s quality of life moving away from systemic side effects. With its strong overall performance, OCON has earned – amongst others – the Frost & Sullivan’s 2021 Enabling Technology Leadership Award and Horizon’s Seal of Excellence 2020.

COUNTRIES OF IMPLEMENTATION: Most parts of Europe, Israel, Parts of Africa